Alumni recount their journalism roles in Jan. 6 attack on the Capitol

Pulitzer Prize-winning alumni Josh Dawsey, ’12, and Win McNamee, ’85, presented the 2022 Buchheit Family Lecture on Wednesday, Oct.  26, at the USC School of Law to a standing room only crowd of more than 300 students, faculty and members of the community.

Dawsey works as an investigative journalist for The Washington Post and McNamee is the chief photographer for news at Getty Images. They recounted their experiences as journalists during the Jan. 6, 2021, attack on the U.S. Capitol.

The team that Dawsey works with at the Washington Post was honored in the Public Service category for their long-term investigative coverage of the turmoil. In their three-part series called “The Attack,” they provided interactive features that helped the public understand how Jan. 6 unfolded on a minute-by-minute basis.

“We wanted our readers, on this project, not just to read something, but to feel like they were immersed in it, to see firsthand documents,” said Dawsey. By including transcripts, the team wanted to share “the voices of the Secret Service folks as they whisk Mike Pence out of the Capitol and how afraid they were. To understand the threats that came into the Pentagon.”

McNamee was working in the Senate wing of the U.S. Capitol when the attack began.

“A police officer came to the door of the office where I was working, with several other photographers. The police told us to lock the door,” McNamee said. “Instead, we all grabbed our cameras, left the office and headed in the direction of the commotion down one flight of stairs.”

The result of McNamee’s decision was some of the most poignant and captivating imagery of that day. For this accomplishment, he and his team were honored with a Pulitzer Prize in the Breaking News Photography category.

“Josh and Win represent the very essence of what we hope to instill in our students,” said Van Kornegay, interim director of the School of Journalism and Mass Communications. “They have a nose for news, they take seriously their role as journalists to bear witness to the stories of our time.  We could not be more proud to count them among our graduates.” 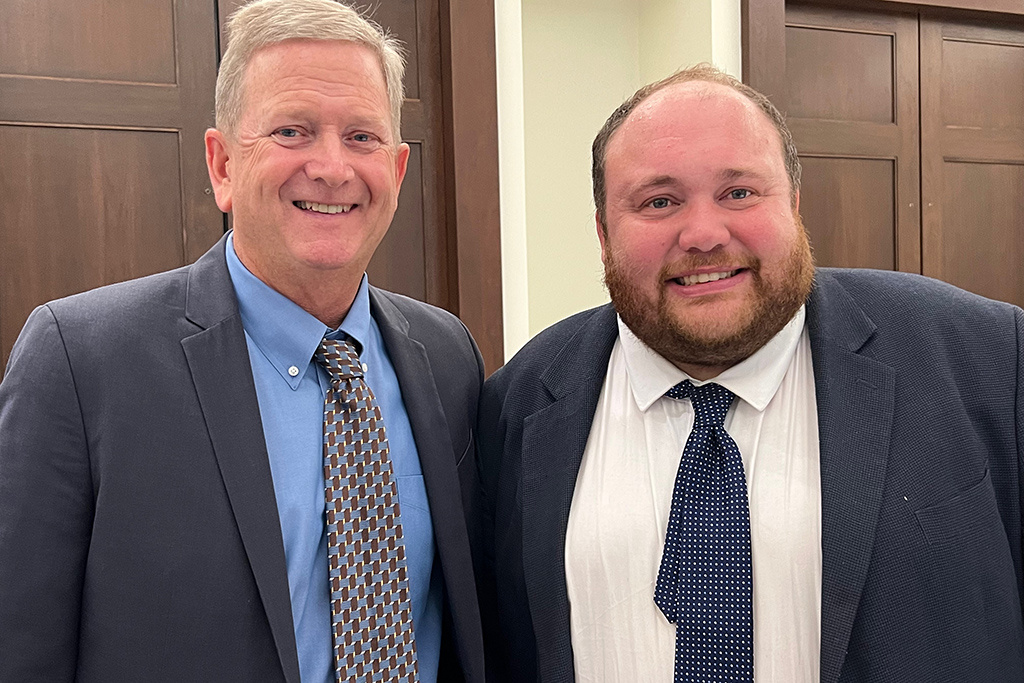