Free speech wasn’t so free 103 years ago, when ‘seditious’ and ‘unpatriotic’ speech was criminalized in the US

Media law and ethics assistant professor Eric P. Robinson writes for The Conversation about the continuing conflict between patriotism and free expression.

Just over a century ago, the United States government — in the midst of World War I — undertook unprecedented efforts to control and restrict what it saw as “unpatriotic” speech through passage of the Sedition Act of 1918, signed by President Woodrow Wilson on May 16 of that year.

The restrictions — and the courts’ reactions to them — mark an important landmark in testing the limits of the First Amendment, and the beginnings of the current understanding of free speech in the U.S.

As a scholar and lawyer focused on freedom of speech in the U.S., I have studied the federal government’s attempts to restrict speech, including during World War I, and the legal cases that challenged them. These cases helped form the modern idea of the First Amendment right of free speech. But the conflict between patriotism and free expression continues to be an issue a century later.

The onset of war led to a patriotic fervor, fed by an intense government propaganda campaign. It also led to new challenges to the concept of free speech.

Within a few weeks of declaring war in 1917, President Woodrow Wilson signed the Espionage Act.

This law, which is still largely in effect, makes it a crime to do three things. First, to convey false information in order to interfere with the American military, or promote the success of America’s enemies. Second, to cause or attempt to cause insubordination within the military. Third, to willfully obstruct military recruitment or enlistment.

Both the Obama and Trump administrations used this law to investigate unauthorized leaks of government information, including obtaining reporters’ phone records.

The more restrictive Sedition Act of 1918 went further, amending the Espionage Act to criminalize “disloyal, profane, scurrilous or abusive” speech about the United States or its symbols; speech to impede war production; and statements supporting a country with which the U.S. is at war.

These laws were unprecedented restrictions on speech, and challenged the First Amendment’s founding concept of tolerating criticism of government. But the courts, including the United States Supreme Court, generally upheld them as necessary wartime restrictions.

“When a nation is at war,” the Supreme Court unanimously ruled in Schenk v. United States (1919), “many things that might be said in time of peace are such a hindrance to its effort that their utterance will not be endured so long as men fight, and that no Court could regard them as protected by any constitutional right.”

More than 2,000 people were prosecuted under the Espionage and Sedition acts during the war. About half were convicted, many of whom were given jail time.

These included several people who distributed leaflets arguing that the draft constituted slavery (as in the Schenk case) and those who urged labor strikes against munitions plants (as in the U.S. Supreme Court case Abrams v. United States 1919). Those convicted included leaders of the Socialist and Communist parties, including anarchist writer Emma Goldman and Socialist presidential candidate Eugene V. Debs, whose 1920 campaign was mounted from prison.

A few judges — notably U.S. Supreme Court justices Louis Brandeis and Oliver Wendell Holmes — expressed concerns that the prosecution of war dissenters was contrary to the First Amendment protection of free speech. As Holmes explained in his famous dissent in the Abrams case, “Congress certainly cannot forbid all effort to change the mind of the country.”

The war ended in November 1918, but the Sedition Act continued to be used against so-called “radicals,” including a Justice Department campaign known as the Palmer Raids in response to several terrorist bombings. The effort was named for Wilson’s attorney general, A. Mitchell Palmer, whose home was among the locations bombed.

After World War II, a reassessment

The Sedition Act was finally repealed on Wilson’s last day in office in 1921, although the Espionage Act remains.

All those who were jailed under the laws saw their sentences commuted by 1923. In 1924, Attorney General Harlan Fiske Stone concluded that law enforcement should be concerned with only the conduct of individuals, not their “political or other opinions.” In 1931, President Franklin Roosevelt offered amnesty to all those convicted under the Espionage or Sedition acts during the war.

But speech restrictions returned. In the run-up to American entry into World War II, Congress adopted the Smith Act in 1940, which barred speech and organizations intended to overthrow any government in the United States. It was used during the war and the Red Scare of the 1950s to suppress dissemination of Communist ideas and thought.“

Eventually, however, in 1969 the Supreme Court settled on the current legal standard, under which speech can be restricted only if it presents a threat of "imminent lawless action,” based on the circumstances in which it is made.

This standard allows for controversial, even incendiary, speech, unless there is an immediate threat that the speech will foreseeably lead to illegal behavior by the audience.

Despite calls for repression of dissent after the Sept. 11 attacks, no direct restrictions on speech were enacted. In 2020 Attorney General William Barr called for prosecutions of violent protesters, but no such charges were filed. There were also calls for President Donald Trump to be prosecuted for the fiery speech that preceded the Capitol insurrection on Jan. 6. But the “imminent lawless action” standard is a high threshold.

This reluctance to prosecute speech may well reflect the lessons learned from the excesses of repression under the Espionage Act a century ago. The First Amendment right of free speech exists as a means of keeping a critical eye on government. Such scrutiny is always important, but is especially critical during times of war.

This is an updated version of an article originally published on April 6, 2017.

This article is republished from The Conversation under a Creative Commons license. Read the original article.

Share this Story! Let friends in your social network know what you are reading about

Topics: College of Information and Communications 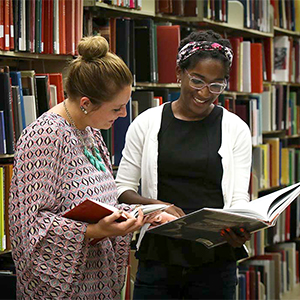 Our schools prepare you for careers in the use of information — journalistically, persuasively, analytically — for all audiences and across all media and formats. At undergraduate and graduate degree levels, we are all about information collection, dissemination and preservation in the 21st century digital world.

Featured in The Conversation

The Conversation brings academic experts together with professional editors to create timely, insightful content for a general audience.

Email Peggy Binette at peggy@mailbox.sc.edu if you are interested in sharing your work with a national audience.